Words That Begin With F: Fitness, Food, and Failure

I didn't feel as if I was exactly lazy in January. It wasn't as if I simply sat on the couch the entire month and watched TV and stuffed myself with unhealthy snacks. I didn't work out as much as I wanted, do we ever?, but still I worked out 19 days in January... running, cycling, cross country skiing, and swimming. My running mileage really stunk with only 41 miles for the month, but I managed 164 cycling miles on my trainer. And still I gained another three pounds in January. Ugh. Grrr. Okay, let me just say it... Shit. 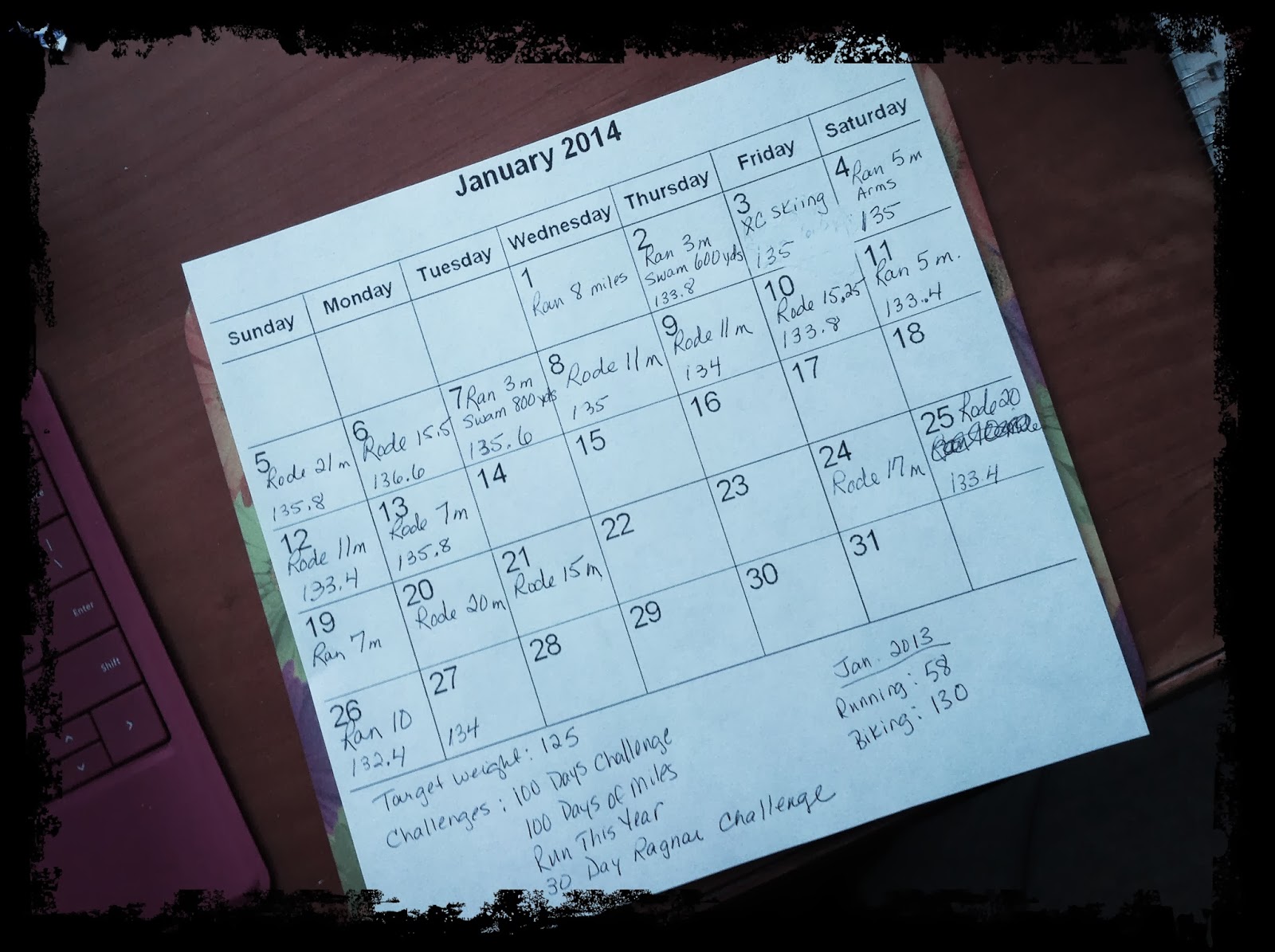 Enough of feeling a sense of failure though. It's a new month. And a new month calls for reevaluation. There is where hope lies, knowing that each and every day, as long as we are breathing, we can make a change for the better. So here we go, a new plan for February.

Change #1: MORE. Yes, more workout days, more running miles, for sure. I have written out a training schedule for the week and taped it to the refrigerator. I want to work week by week so that I can mix up the plan a bit each week to prevent boredom. Plus I think I might feel more motivated as I write up a new plan each Sunday. The plan, hopefully, will seem new and fresh each week, and maybe I will feel more inclined to stick with it.

Change #2: LESS. Less calories, less unhealthy food choices. I had been tracking my calories and fitness for awhile on MyFitnessPal but gave it up months ago and have been resistant about going back. I gave it up partly because I felt good about where I was fitness-wise and didn't want to obsess anymore over calories. But, truthfully, MyFitnessPal made me more conscious about eating better foods. It isn't about eating as few calories as we can in a day to lose weight but rather to make healthier choices and to keep the calorie intake under control. As much as I love brie, I can't eat it day after day after day and not have to pay the price eventually. Yesterday I got back on MyFitnessPal. And as every action causes a reaction, I felt more motivated to go run yesterday so that I could record my workout right there alongside my food intake and see the subtraction of significant calories for the day. To actually see that reward is ever so motivating.

There is no room in February for failure. So let's move forward each day at a time and think about facing March with success in food and fitness.
Labels: goals

Meridith said…
I hear you! At the end of December I realized that I was 12 pounds over my leanest weight and 16 from where I ultimately want to be. I've been exercising more (goal is 60 min a day) and tracking with My Fitness Pal for food and I've already seen a change in the right direction! You've got this!
2/05/2014 12:33 PM

Deborah said…
Great job making some changes as well, Meridith! Facing the calories is a bit of an eye opener. For instance, this morning I realized 80 of my breakfast calories came from four packages of sugar in my two cups of coffee. Wow. Keep me posted on your progress!
2/06/2014 12:31 PM