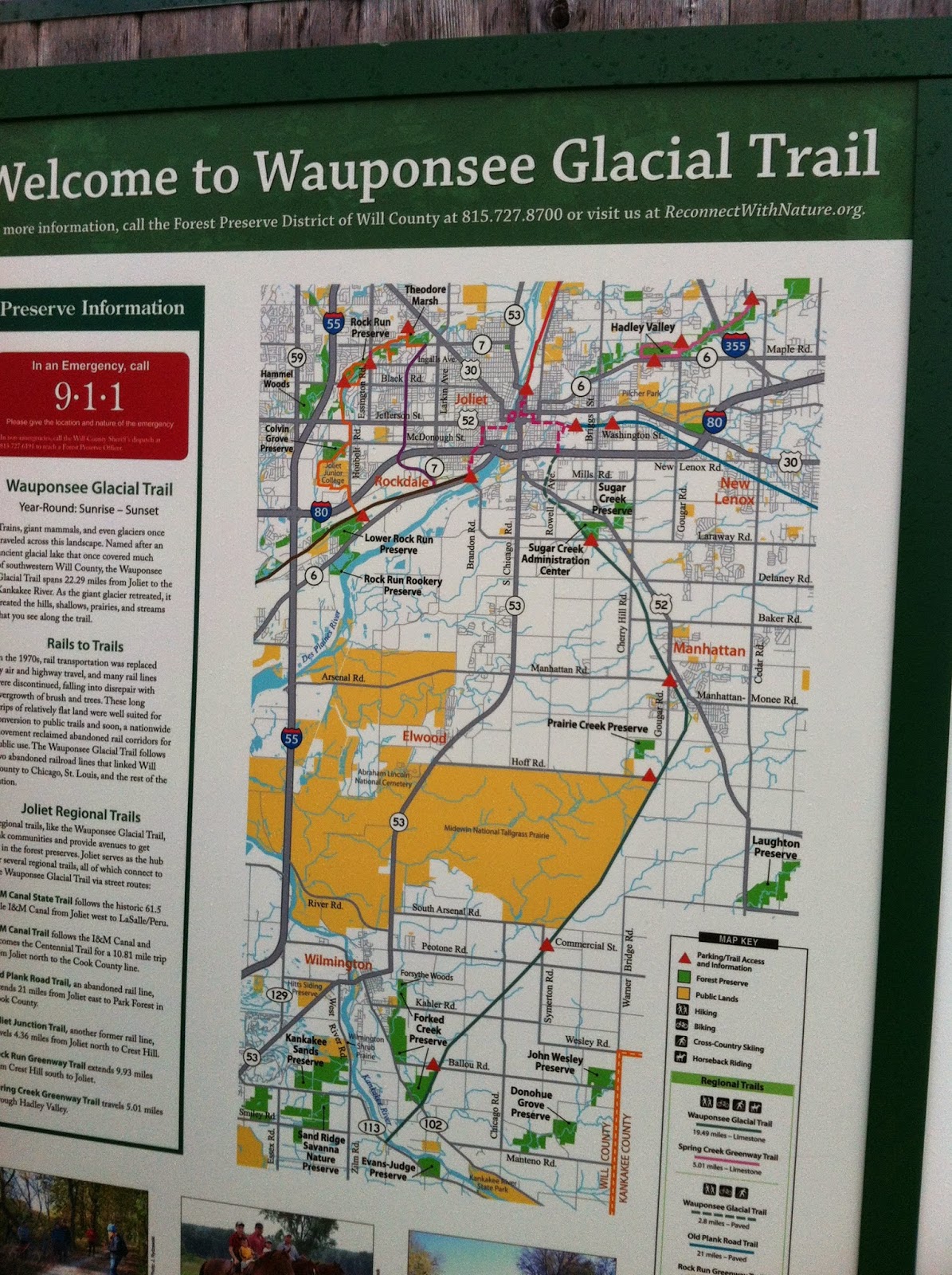 When I bought the Surly back in December, I did so with the intention to get off the road for a spell here and there and experience some Illinois trail riding. Now that the snow has finally melted and the trails aren't a muddy mess at the moment, I was able to get out on the new bike a few weeks ago for my first trail ride of the year. Considering the Wauponsee Glacial Trail's proximity and the threat of major thunderstorms for the day, I decided to start with close and familiar for this little adventure. The radar showed half of our state right in the path of a massive storm system, but I was itching pretty badly to get the trail tour started.

So many trails. So little time.

I didn't mind the idea of getting wet. I was prepared for that with rain pants and jacket stuffed into my daypack. Lightning, though, would be another thing. I figured I would give it a shot anyway, and if things got really bad, I'd find shelter. I knew from running on the Wauponsee that there were at least a couple washrooms (clean and good-sized) along the way.

And so we went. We loaded the bikes into my Element and headed for the trail start, or end, whichever way you want to look at it, in Custer Park. Our plan was to ride the 15 or so miles of crushed stone trail to Manhattan, get a bite to eat, and head back. The first few miles of the trail were pretty bumpy, as the trail also serves as an equestrian trail, and apparently during the great thaw, there had been lots of hooves traversing that particular stretch. One could only imagine what it is like for pro cyclists to ride on cobblestone. A pretty jarring ride at the start. But farther out, the path leveled out, and it became a very relaxing ride down a long carless straightaway. 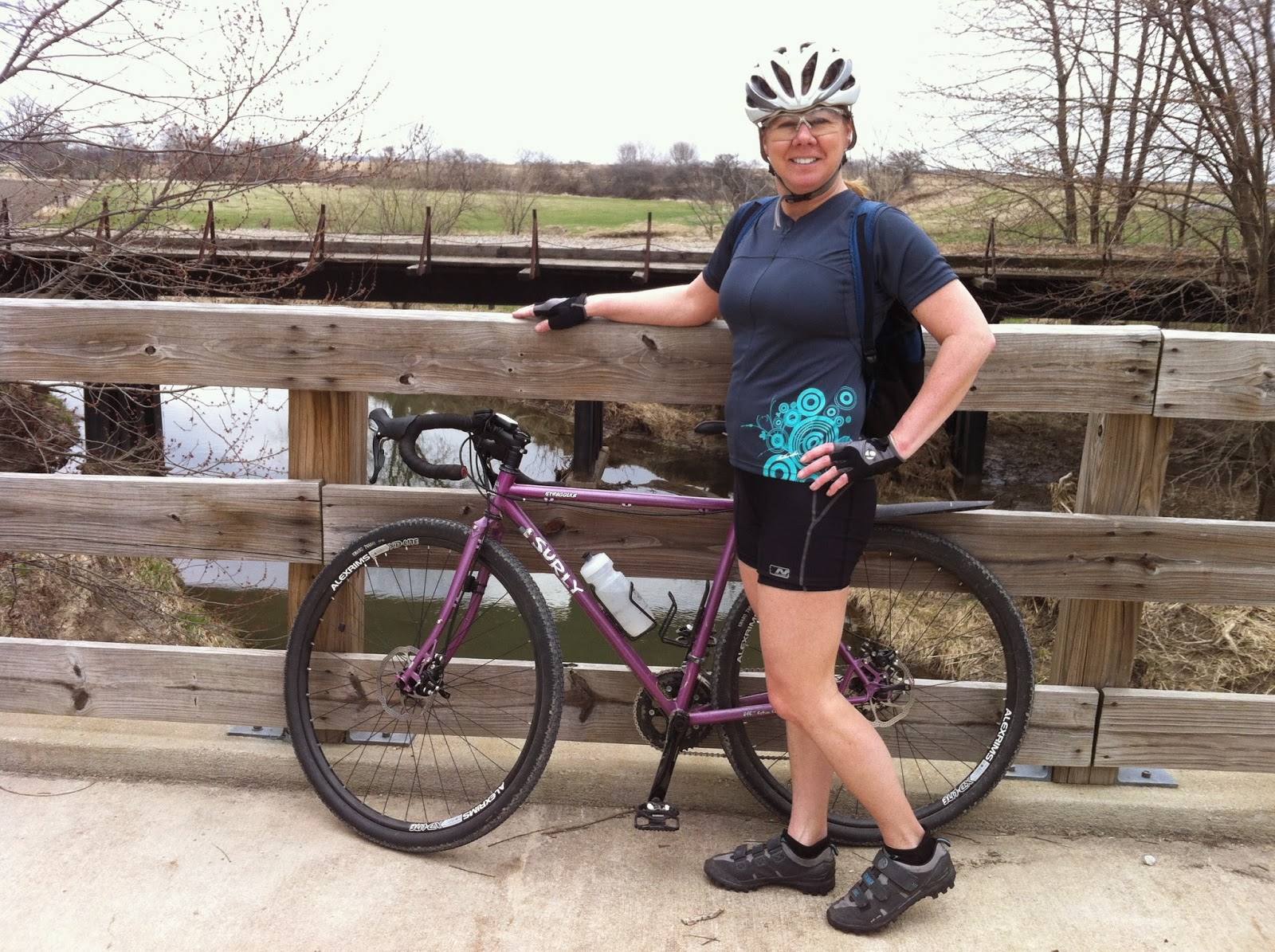 A photo op along the trail

This is a very rural trail, not much to see but cornfields on each side (and absolutely no shade if you decide to go out on a hot summer day), but, again, it is relaxing. I don't think we saw one other person on the trail the whole way out to Manhattan and back, and there aren't many roadways to continually stop at.

Once we got to Manhattan, light rain had begun, and we decided to be quick about our stop, mainly because the radar showed us right in the line of severe thunderstorms about to hit the area and also because, well, there just weren't many options for eating in Manhattan. We had a beer at a bar and took off back toward Custer Park with darkening skies looming behind us. We rode back much quicker than I would have liked to. Luckily, we only had to ride about the last three miles in the rain and evaded the thunderstorms altogether.

Round trip, we ended up with just over 32 miles, and a spring day well spent. 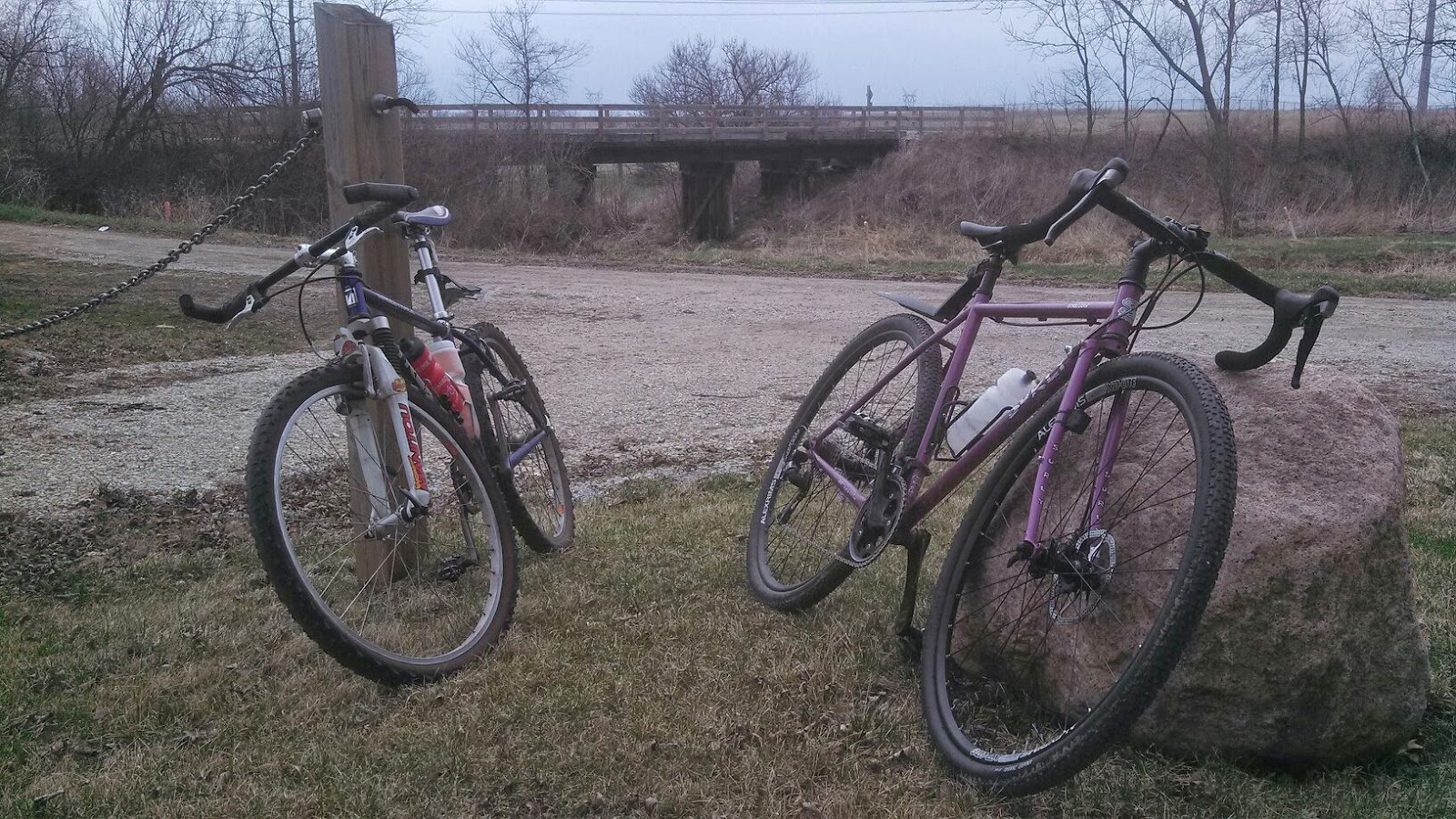