In my last post, I Heart Boston (Part 1), I shared the highlights of my recent trip to Boston. Because I enjoy eating and drinking at new places (and, really, who doesn't?), I am following up here with a closer look at the establishments I bumped into/explored while in Boston. Sometimes when I travel, I simply grab a quick bite to eat so as not to interfere with the must-see agenda. But most times, where I decide to eat in a new city is a real part of the agenda, somewhere where I want to take time to learn a bit of the story behind the business and get a sense of the local fare.

When I think of food that must be eaten in Boston, I think of lobster rolls and clam chowder, so my only food goal on this trip was to find myself a lobster roll or two. I found that lobster roll and much more. Here are some brief food and drink notes from my Boston getaway: 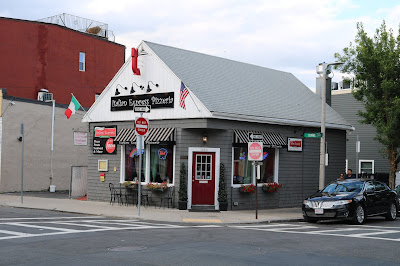 What a real gem this place is. I just popped in there by chance. Actually, I walked past it on my way to go see the waterfront when I first arrived in East Boston. It was late afternoon, and I had just landed about an hour earlier. I dropped my stuff off at my room and then decided to go find the waterfront and then grab a quick bite to eat somewhere. I walked past this place then thought "Express pizzeria, this sounds quick. I'll eat here first and then go to the waterfront." I never made it to the waterfront. I spent my first evening in Boston here, and it was a real treat. Owner Jim Ianuzzi actually took a seat at my table to take my order as if we were discussing something very important here. Come to find out, we were. When I asked him how Boston pizza was different from New York City pizza, he told me about the sauce recipe that has been in his Italian family for generations, his nonni's recipe, "not sauce poured out of a can." I ordered the pizza, and, my God, that pizza was good. 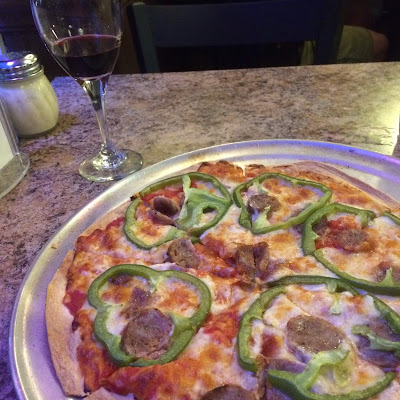 It was here at Italian Express Pizzeria that I fell in love with East Boston. To sit in a neighborhood restaurant that still feels like a neighborhood restaurant is something special. People at other tables, complete strangers, spoke to me, shared their own stories, showed great pride in their community, and made me feel welcome. It was only as I was about to leave that I learned that Italian Express Pizzeria has been featured in an episode of Diners, Drive-ins, and Dives. 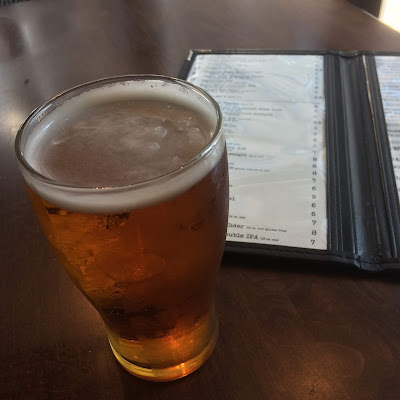 
Hah! I was so hot and hungry when I wandered into this place on a scorching 90-something degree day. All I could think about was the air conditioning and a cold beer. The server was excellent; she didn't waste any time getting me a glass of cold water and a glass of cold beer while I looked at the menu. It was here that I tried the locally brewed Harpoon IPA (great choice) and found that lobster roll sandwich that I wanted so badly. The lobster roll was beautiful and delicious and I didn't take a picture of it. Sometimes you just have to experience things without documenting it. But it happened, folks, it really happened. 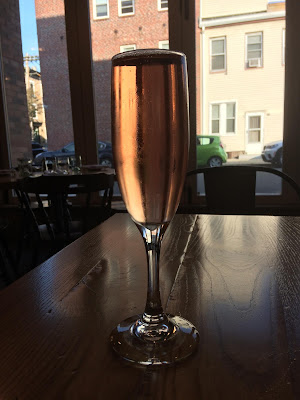 Damn, this was all I had at Cunard Tavern. I stopped in here for a late afternoon drink. The menu looked enticing (especially the pork belly appetizer), but I had just eaten that lobster roll over at Central Wharf Co. about an hour earlier. All I wanted was to sit for a spell and have a refreshing sparkling drink. My drink choice was a brut rosé cava, neither a lot of flavor nor depth but it was cold and sparkling, and Cunard Tavern was a welcoming space to have a drink. 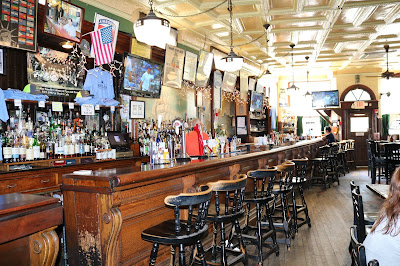 It really does not do Doyle's Cafe justice to simply write a short little blurb about it. This Irish pub, a historic landmark, has been in business for over 137 years and has been featured in magazines, films, and television shows. A lot of history is well documented not only on the memorabilia-filled walls but through the stories of the people who have worked there for many, many years. Give yourself plenty of time to eat and drink here because this pub is like a mini museum, and you will want to walk around and see it all. Doyle's Cafe most definitely is not an eat-and-run kind of place. 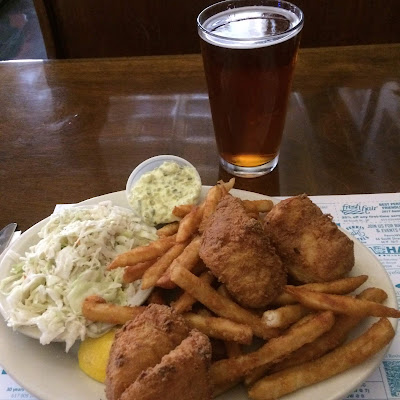 I ordered a nice cold Sam Adams and a feast of fish and chips.

I walked over to Doyle's Cafe from the Samuel Adams Brewery, like a good number of other tourists do, to get my free Sam Adams beer glass. Not that I really had to have a free glass, but adding this little jaunt on seemed like an interesting addition to my afternoon plans. I was really hungry at this point, it was fairly close, and I could take my time to enjoy another Sam Adams after the brewery tasting. But, wow, I did not expect to walk into a place so steeped in time and tradition. Places like this tell real stories. They have depth. You just don't get that from restaurant chains. 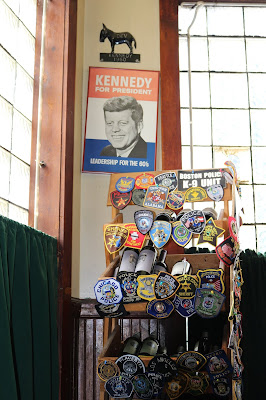 A tiny glimpse of history and honor at Doyle's Cafe:
a nostalgic nod to John F. Kennedy and a display of patches from fire and police departments from all over the country 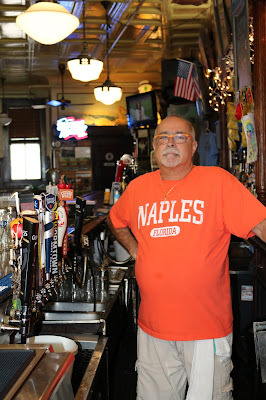 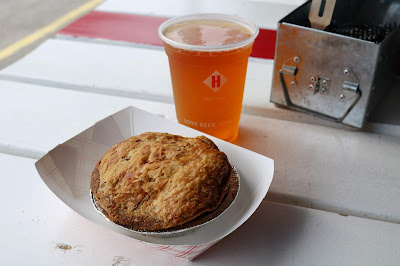 After spending the entire day at the beach, I was looking for something to eat fairly quickly before gathering my suitcase and heading off to the airport. I also had been told about this place and its Australian food and was curious. As you can tell, KO Catering and Pies is quite casual. And though it was casual with its walk-up window ordering and paper, aluminum, plastic "dinnerware," the food was good (a classic beef pie), the drink refreshing (another Harpoon IPA), and the outdoor patio at the shipyard provided a nice setting reflecting the character of hardworking East Bostonians. 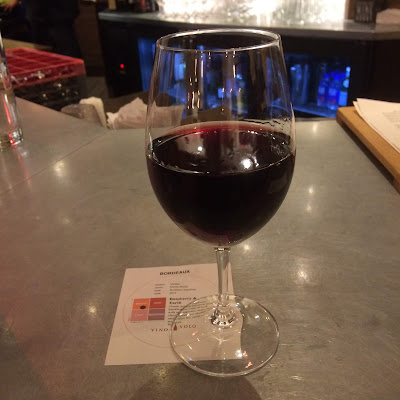 
I had never heard of Vino Volo before, but if you frequent airports, chances are you will run into one. What an interesting concept for a wine-selling establishment. Vino Volo, located in airports all over the United States and parts of Canada, offers a vast variety of wine along with food options, in a cool and classy upbeat environment. On the late Thursday afternoon when I was passing through, this place was busy...so much so that I couldn't find a place to sit, but as I was turning around to leave, a woman flagged me down and kindly invited me to sit in a spare seat between her and another couple at the bar. This woman was traveling for business, and the couple she had been chatting with were on their way to a vacation in Ireland. I enjoyed their company as much as I enjoyed my glass of Chateau Meillac Bordeax Supérieur.

Cheers, Boston! I can't wait to get back.
Labels: Boston on the go travel