Wow, I was so far behind on this trend. I used to get groceries delivered once in awhile, but I had no idea you could get entire meals delivered. (By the way, you still have to cook them. When I told a friend I had signed up for a meal kit delivery, she imagined Meals on Wheels.)

As we hear about most things anymore, I learned about meal kit delivery on social media back in August. A "friend" in the same line of work as I am in was investigating meal planning options. She was tired of cooking and eating the same old thing day after day and initiated a conversation about fresh ideas. She mentioned that she signed up for a meal kit delivery membership and then turned around and canceled it hours later (opting instead for another idea). I was intrigued by the conversation, so I began researching these meal kit companies.

Holy smokes, so many of them out there! Plated, HelloFresh, Blue Apron, PeachDish, etc, etc, etc...

After a couple hours of reading reviews and researching company websites, I decided to try Sun Basket. I was attracted to the fresh organic and sustainable ingredients aspect of this particular meal kit company. Because there is no long-term commitment, I figured why not give it a try. I was eating out all the time, and I wanted to get out of that habit. Plus, the whole idea of picking out my meals and then having all the ingredients delivered sounded fun.

I felt a little guilty about the cost, but then I thought about how much I was spending eating out almost every day and how easily we lose track of how much that adds up because we aren't paying out in one big weekly payment. Besides, the first week was half off the regular membership fee, so I felt it was well worth trying out.

My first kit arrived the week of August 21st. I had three meals delivered in that weekly shipment: Salmon and Cherry Tomatoes with Red Chermoula and Seared Endive, Fresh Pappardelle with Spinach, Hazelnuts, and Ricotta Salata, and Sicilian Chicken Breasts with Salmoriglio Sauce and Baby Broccoli. Trust me when I say I would have never put together these dishes on my own. Red Chermoula? Pappardelle? Salmoriglio sauce? Huh? What?

Salmon & Cherry Tomatoes with Red Chermoula & Seared Endive
I had plenty left to take to work for lunch the next day.

And it was fun getting the box of meals. However, as expected, shipping perishable food requires a lot of packaging to be dealt with. The big cardboard box, individual paper bags with each meal and a lot of that in little plastic bags or containers, huge pieces of recyclable foam, gel ice packs. I did feel a bit guilty about not just driving a block away to the grocery store to buy my own ingredients.

The good thing, though, was that I felt pressured to follow through and make these three meals that week. There were a lot of ingredients and a lot more steps in cooking than I was used to, but I had paid what I felt was a lot of money for these meals and didn't want to see them go to waste. And I found that I actually did like cooking up these meals. It was like taking a cooking class. I felt like a chef...lol. Every single meal was delicious and left me with enough leftover for lunch or dinner the next day.

I continued on with the delivery the next week but downgraded to the two-meal-a-week option. I chose Italian Sausages with Warm Cauliflower-Frisee Salad and Artichoke Romesco and Chicken Rigatoni with Pesto and Red Bell Pepper. Again, both meals were downright delicious. I think the cost of the two meals plus delivery was around $55. 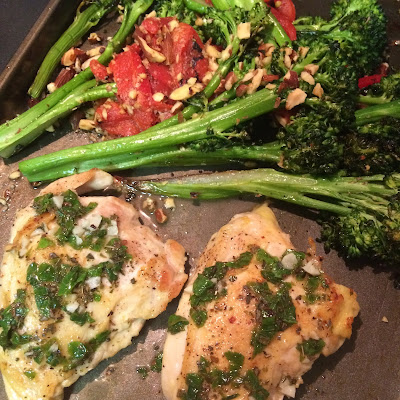 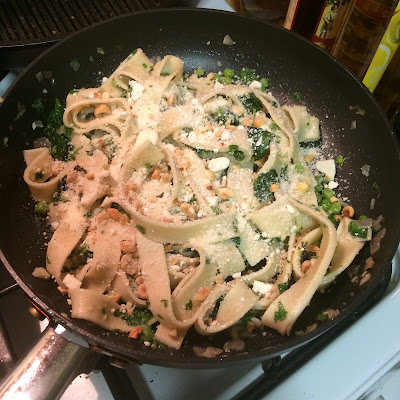 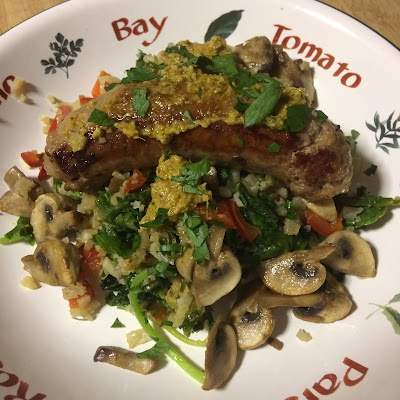 After two deliveries, two things happened that led me to decide to cancel my membership. Sun Basket increased both the meal kit price and the delivery fee. It was a small increase, probably about $5, but I already looked at the membership cost as being pricey. Maybe I am a bit cheap when it comes to some things, but I like to think of myself more as being frugal. The other thing that happened was the closing of a local grocery store. Holy hell on the bargains there. In the last few days, the store was selling inventory at 50-70% off. I stocked up big time. Canned goods, pasta, cereal... all stuff that won't be expiring until well into 2018. With an extremely well stocked pantry, I now have explored other options for meal planning and will be writing more about those experiences in the coming weeks.

I have nothing negative to say about my Sun Basket experience. I enjoyed the experience immensely, and it led me not only to start cooking again but also to love cooking again. More importantly, the choices I am now making are much healthier choices.
Update: I reported in my last post that I was down three pounds. Today I am down six pounds after six weeks of diet changes.
Labels: cooking healthy eating