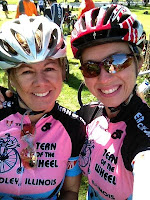 I spent last Friday and Saturday participating in Le Tour de Shore, a 100-mile bike ride from Chicago's Millennium Park to New Buffalo, Michigan. Well, 107.45 miles actually by the time it was all said and done. This was my second Le Tour, and I enjoyed it even more the second time around, perhaps because I knew what to expect and perhaps because I buddied up with my good friend Julie and we just rode at our own pace and had a good time -- and did a damn good job following those cues painted on the roads without getting lost even once.

The weather was perfect the first day, not too hot, not too humid, as we rode the bulk of the tour miles, 72 total for the day. We stopped in Michigan City, Indiana, for the night. I felt really good at the end of the day in spite of the lack of cycling miles I've been able to get in this year with my focus on marathon training. The longest ride I had been able to get in before the tour was about 35 miles, so I expected to be aching a bit. But there were no aches or pains upon dismount...only a couple blisters, but let's not go there. 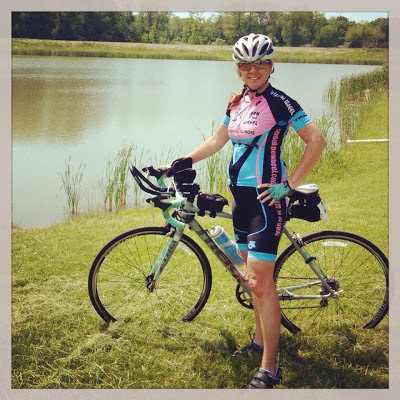 The next morning it began to rain the second we got on our bikes to ride the last 36 miles from Michigan City to New Buffalo. We really didn't mind it too much though because the more relaxing, more scenic part of the ride is, in my opinion, within these last 36 miles as the route runs along the Lake Michigan shoreline for a good amount of time, showcasing one beautiful lakeside home after another. 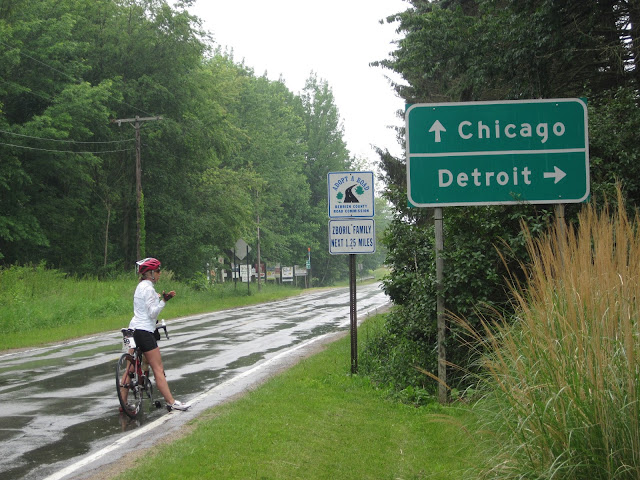 Hmm... which way should we go?

My favorite stop on Day 2 is in Three Oaks, Michigan, at the Three Oaks Bicycle Museum. Next time I ride Le Tour de Shore I want to get to Three Oaks a little earlier to have more time to check out the museum. We took our time at breakfast back in Michigan City and felt a little pressed for time, as we were uncertain which time zone we were in and had to be in New Buffalo at a certain time to catch the motor coach back to Chicago. I also have a wine store stop picked out to pick up a bottle of Michigan wine. I have discovered that a bottle of wine fits perfectly in my water bottle cage. 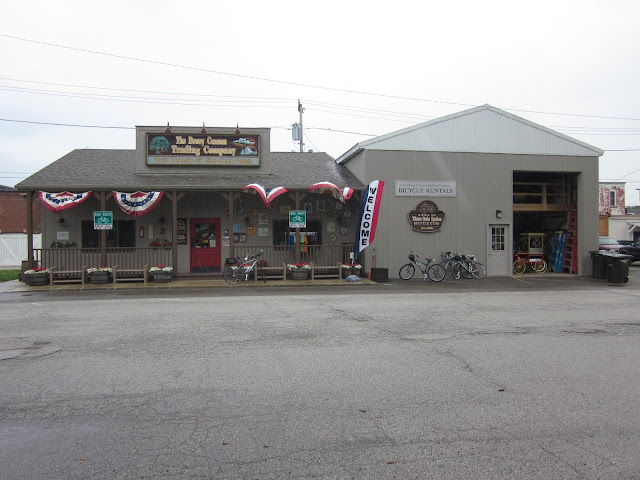 After a little after party/cookout at the beach in New Buffalo, our bikes were loaded on trucks and we were loaded in motor coaches for a more relaxing and well-earned 107 miles back to Chicago.

One more Le Tour for the books. :)