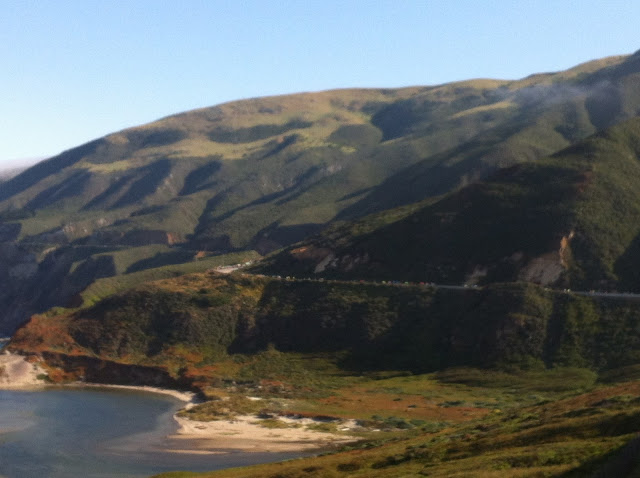 In April I embarked on a little weekend adventure and checked another item off my bucket list. I flew out to California to run the Big Sur International Marathon, my fourth marathon and one of the top three marathons in the United States, according to Runner's World. When registration opened on July 15th, I didn't hesitate for a second. This marathon was at the top of my bucket list, and I registered immediately and became one of the 3,150 registered runners before the event closed in, ironically, 26.2 hours.

I know it sounds cliché, but running Big Sur was one of the highlights of my life, an experience I will never forget. This trip was short; I flew out on a Friday and flew home on Sunday immediately after the marathon. Actually, I didn't even have time to change. I had to haul ass after I crossed the finish line in Carmel to make it back to my hotel in Monterey to catch the airport shuttle to San Jose. I barely made it back (had about five minutes to throw my stuff into my backpack) and had to fly home in my running clothes all salty and stinky. I ran through three different airports dressed like this: 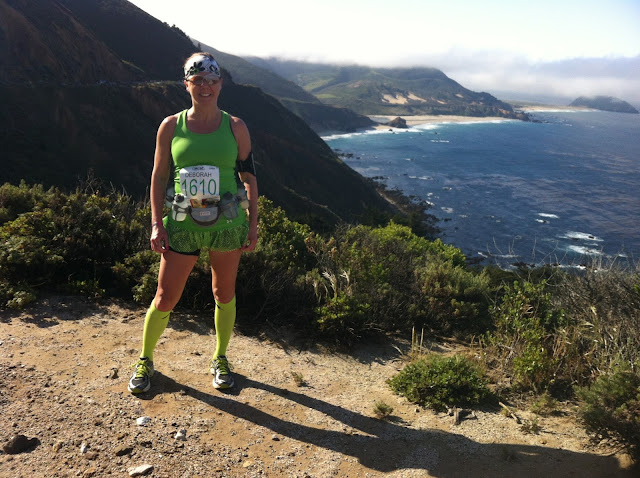 The course, though, was tough, and it didn't make it any easier that I wasn't as prepared as I should have/could have been. I ran one 17-mile long run about a week and a half before the marathon, and that was about it for long runs. So, yeah, I was struggling. I was seriously contemplating quitting at around mile 11, but I told myself I didn't travel all the way to California to go home without that medal. I knew I could run that 17 miles and then walk the remainder if I needed to. But I badly wanted to complete marathon #4, so I kept going.

Looking back now I realize that part of the reason I felt so exhausted at mile 11 is because it is halfway through a two-mile incline known as Hurricane Point. In a 2007 Monterey County Weekly article, marathoner and then-music director of the race, Janet Lesniak noted, “When you reach the top of Hurricane Point you’ve pushed yourself to the edge of your endurance, you can’t think about your legs, and your heart is pounding. And just at the point you actually know you’ve finally made it, you round that bend and are encompassed by this glorious, soothing, haunting piano music that fills the air for miles—it makes you want to cry.” It was true. Once I passed The Piano Man, I knew I could at least get to mile 17. 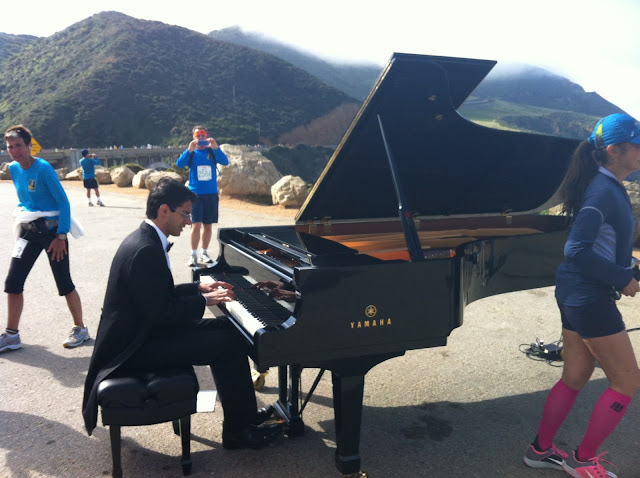 Michael Martinez, the famous Piano Man
After that I just tried to relax and take it one mile at a time, and the next thing I knew I was past 17 miles and still running, slowly, but still running. I kept on, looking for that next glorious mile marker. Mile 21, Mile 22, Mile 23... ooooh, that feeling of counting off these last few miles and knowing you are actually going to finish, even if you have to crawl that entire last mile or two.
As I crossed the finish line, I felt more emotional than I ever had at a marathon. Perhaps it was because Big Sur was just 13 days after the Boston Marathon bombing, and there was a lot of Boston representation there due to the Boston to Big Sur challenge. At the starting line hours earlier, the Boston Marathon race manager, Ron Kramer, spoke and lead a moment of silence. We wept through the national anthem. Perhaps, too, it was because Big Sur is one of the most challenging marathons in the world, and I actually did it. I marked something big off that Bucket List. There were layers to the emotion I felt at that moment--and still do. I feel more determined to keep running marathons and to qualify for Boston, no matter how many more marathons it takes to get there. I just saw Spirit of the Marathon II last night and heard Julie Weiss's amazing story of running 19 marathons before qualifying for Boston. It might take me that long, too, but I am going to chop that 19 minutes off my Chicago Marathon time and one day soon get to Boston. 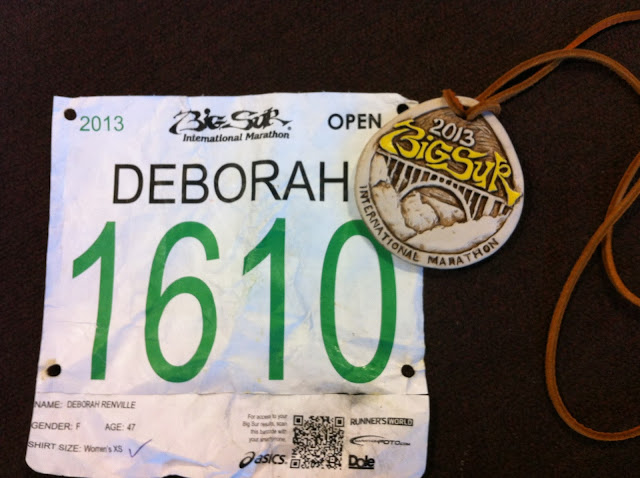