Before I throw out some new goals for 2014, I want to look back on the goals I made for 2013. At this point it's hard to even remember what goals I made twelve months ago. It's easy to make a list of goals, but, as we all know so well, sticking to them long term is another story indeed. I am guilty of making big goals and feeling very confident and enthusiastic about accomplishing them but then totally forgetting about them within a few weeks. Yeah, I would be rich if I had a dollar for every time I said, "I'm gonna train harder."

So about those 2013 goals, let me think back a bit. I know I said I wanted to run 1,000 miles for the year. And I know I wanted to qualify for the Boston Marathon. Neither happened. But you know what? What you put off this year, you can always do next year. Thank Goodness. And I certainly cannot feel bad about 2013 for what I set out to do and didn't accomplish. No guilt there. It's not like I lived an inactive lifestyle and sat on the couch watching TV. 2013 was a good year, a great year, really -- and I am instead going to look back at what I accomplished rather than what I didn't.

I ran 681.6 miles and biked 1,673 miles.
I competed in 14 events: a mix of marathons, trail runs, triathlons, and duathlons.
I completed my 7th marathon in my 5th state.
I participated in the 100-mile Le Tour de Shore ride and the Two Rivers Century.
I qualified as a Marathon Maniac.
I was selected as a brand ambassador for Swirlgear, The Running Buddy, and Great Race Nutrition.
And I made many new running and cycling friends along the way.

Also, in 2013, I got to travel quite a bit, something else I love, love, love to do. In April I went out to Monterey, California, for a weekend to run Big Sur, one of my bucket list races. In June my boys and I spent a few days in Kansas City and had an amazing time together going to Royals games and eating barbecue, pizza, ice cream. Oh, the awesome food in KC! I so treasure spending time with my sons, too, especially now that they are almost out on their own. That they still like hanging out with their mom makes me so happy. In September I drove to Dayton, Ohio, for the Air Force Marathon, and my younger son and I stopped in Indianapolis for a night on the way home. In October I flew out to Wichita, Kansas, to run the Prairie Fire Marathon and eat some more amazing barbecue. (Can you tell how much I love ribs?) I also finally got to meet my longtime running friend Marlon and hang out with some Maniacs.Then in November I drove up to Norwalk, Wisconsin, to run the Rails to Trails Marathon. That weekend was special because it was my qualifying race for Marathon Maniacs.

That doesn't mean I don't believe in goals. Yes, I am going to put some out there for 2014, but life is much more than a list. May you enjoy yours to the fullest and #journey on. :) 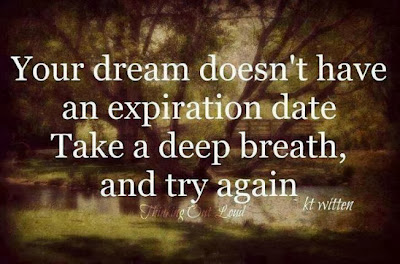